Shuffling a glorious history of Faisalabad spanning over 5 decades, dances upon us the dawdling transition of the city from being a deserted piece of land to a metropolis, becoming an exotic blend of industrial, cultural, agricultural business and educational activities of the region. The city of Faisalabad formerly known as Lyallpur, multicolored jewel of the lower Chenab, came into being in 1880s. The city that is now well known as "Manchester of Pakistan" for its extensive development of industrial activities was nothing but a desolate tract of land 100 years ago. The foundation of first ever-residential area was laid in 1895. During those days, the area across the river Chenab was called "Sandal Bar". Before the establishment of Lyallpur City the ancient residential area was called "Pakka Marri" now known as "Pakki Marri". The caravans used to stay at this place while traveling from Jhang to Lahore. The Britishers during their reign decided to convert this area into a city. In the beginning the small establishment was called "Chenab Canal Colony" which was later named "Lyallpur" after the name of the Governor of Punjab Lt. General Sir James B Lyall. In 1902, the population of the town exceeded 4,000. A considerable number of houses and shops to cater the ordinary needs of the population were built. 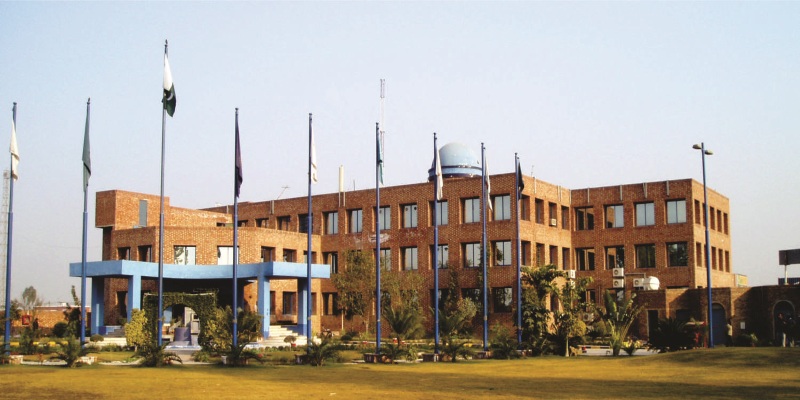 In 1904, the new district of Lyallpur was constituted and famous clock tower was completed in 1906. It was built on a wall, under the supervision of Ghulab Khan, who belonged to the same family who built Taj Mahal in Agra. By the time this tower was built, the eight bazaars were already operational. The map of Faisalabad is just the copy of British flag union jack designed by an architect Desmond Yong. The total area of 110 sq. acres was used to build eight bazaars & clock tower in a round shape. All these eight bazaars are connected with each other through another bazaar, which is called "Goal Bazaar". In 1916, the grain market saw its shops surging with customers. In the same year, the civil hospital was expanded. World War II, awakened the region politically.

In 1977, the name of city was changed to Faisalabad, after the name of the late King of Saudi Arabia, Shah Faisal-bin-Abdul Aziz. At the present, Faisalabad is the 3rd largest city and the hub of textile production in Pakistan. 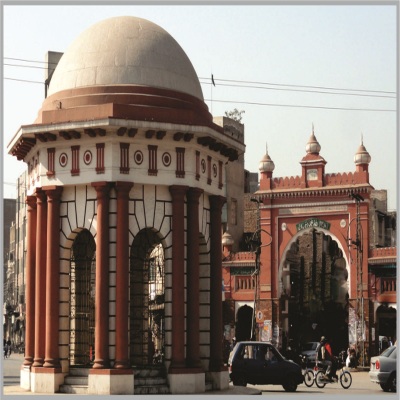 In Faisalabad, 67 large and 161 small textile units along with 22 textile spinning mills are operating. It offers a huge agricultural market, bearing the oldest agricultural university of Pakistan. The other industries are chemical fertilizers, synthetic fibers, drugs and pharmaceuticals, canned products, ghee (clarified butter), oil, soap, textiles, hosier, sugar and flour. It offers a lucrative wholesale market for cloth and grain.

NFC Institute of Engineering & Fertilizer Research (IEFR) plays an admirable role in the agricultural & industrial growth of the city. IEFR has strong relations with the agricultural and industrial management of the city and run away R&D projects with different organizations. Institute has also close liaison with Faisalabad Chamber of Commerce & Industries. Industrial domain of the city and IEFR close liaison with the industry provides splendid job opportunities for the graduates of the Institute.